Thursday February 15 marked the first day of the Seollal period – the Korean celebration of the lunar New Year. For most of Korea, Seollal is a time to be spent with family, but for some – including wayward waygooks like myself and my friends – it’s a time to party, and parties were plentiful in Seoul over the long weekend. There were plenty of events to choose from, from Berlin techno dame Resom at Faust to French improvisational-music weirdo Jacques at Soap, but for us there was one act that we couldn’t possibly pass up the chance to see: Tzusing’s set at Cakeshop.

In a global scene dominated by European and American artists, Chinese producer and DJ Tzusing is one of comparatively few Asian producers that has risen to prominence over the last few years. A longtime resident DJ at Shanghai’s legendary club Shelter, which sadly shut down in 2016, Tzusing began to gain the attention of techno-heads in the West with a string of excellent EPs on New Yorker Ron Morelli’s label L.I.E.S. (Long Island Electrical Systems), beginning with A Name Out of Place (Pt I) in 2014. Those initial tracks for L.I.E.S. immediately stood out from the rest of the label’s roster, showcasing a similar kind of raw and muscular energy to their peers while simultaneously being more slickly produced than many of their rough-around-the-edges lo-fi counterparts. Tzusing’s approach – pulsing, industrial-tinged dancefloor tracks that seethe with a kind of carefully controlled aggression – came to a head in his first full-length album, 東方不敗, which came out on L.I.E.S. in 2017. The album was an immediate critical success, making a couple of high-profile year-end lists and winning the producer, who  job runs a bicycle parts company as a day job, new fans around the world.

The success of Tzusing, the producer, has also naturally led to greater interest in and exposure for Tzusing, the DJ, and it was reports on his DJ prowess that had gotten me really excited to see him perform. In an interview conducted with Resident Advisor’s Andrew Ryce, Tzusing notes how his approach to DJing  had been shaped by the Chinese crowds he cut his teeth playing for, where a lack of preconceived ideas of how “techno” ought to sound coupled with pressure to engage the audience’s limited attention spans led him to develop a DJ style more diverse and frenetic than his sometimes dogmatic contemporaries from Europe and the USA; he plays a lot of techno in his sets, yes, but he isn’t averse to dropping in hip hop, trap, pop or even rock tunes when he feels like they’ll suit the mood. In his own words: “you need to interact with the crowd, or you’re a dick”. 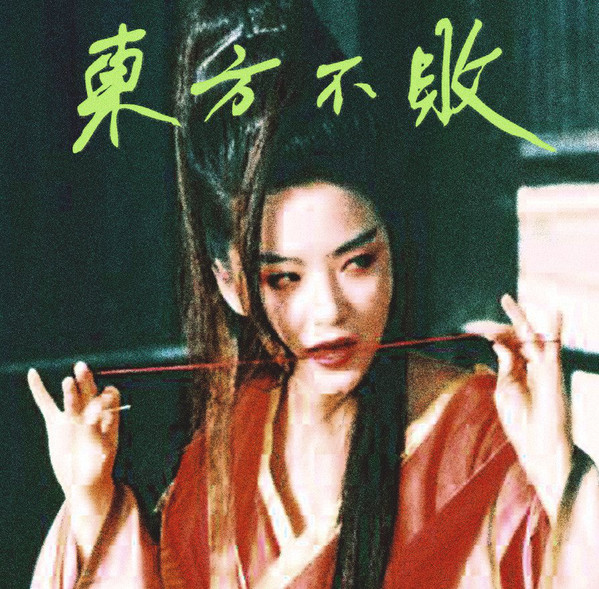 This kind of attitude I found really intriguing, because it reminded me a lot of how things are done back home. With a couple of exceptions (like the massive South African psytrance scene, which honestly is a whole article by itself), underground dance music scenes in South Africa are pretty small and underdeveloped. The demographics of the country and the distance from the “centre” just don’t allow for the emergence of, say, dedicated techno institutes like you see in America, Europe and even Asia, and clubs and DJs tend to have to be a bit more versatile and open-minded in terms of what they play and how they play it in order to attract the punters, a facet of the scene that’s even more apparent outside of the capitals of Cape Town and Johannesburg. I used to be involved in a couple of small club nights back in my college town of Grahamstown, and in my experience each DJ would not only play very different genres from one another, but would think nothing of blending wildly different styles together in a single set. You sort of had to; play one kind of anything too long and people would start getting bored and wander off. From what I could glean through reading interviews and listening to a couple of his mixes online, Tzusing seemed to have come out of a similar sort of scene, and I was interested in seeing how far those similarities went.
So with that in mind, me and one of my friends decided to see in the Year of the Dog in Cakeshop (note: I promise that there are other clubs in Seoul, and that I’m planning to go to and write about them- I just really wanted to hear Tzusing play!). Full disclosure: both of us were already pretty plastered by the time we got there; usually I don’t like drinking too much on club nights (dulls the enjoyment of the music a little for me), but it’s easy to over-indulge in good company. Fortunately, Tzusing’s tunes, which began not too long after we walked through the door, lent themselves to being danced to in a bit of a boozy haze. 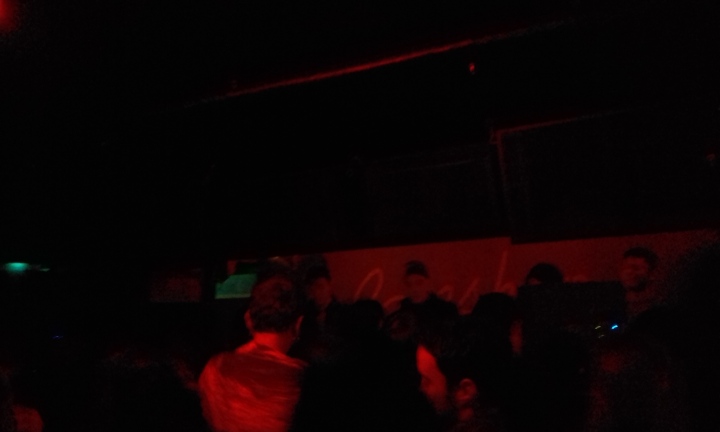 My crappy phone pics came out a little less crappy this time, #aesthetic.

He opened his set with a rapid-fire assault of energetic, EBM-ish industrial techno, not too far removed from the kind of stuff he produces himself: all clanking percussion, shrill horror-movie synths and staccato basslines. Often, that kind of sound can either come across as either too self-consciously dour and dystopian or else just plain cheesy, but Tzusing’s selections were deft enough that he was able to maintain a sense of fun and energy in spite  – or perhaps even because of – his harsh sound palette. He displayed a cunning grasp of the art of mixing, as well, frequently layering tracks together ever so slightly out of time with one another in such a way that what were on paper rather rigid grooves seemed to swing and breathe and syncopate. It’s a technique I’ve heard used to superb effect on a few commercial mixes before (notably Surgeon’s seminal entrance in the Fabric series, Fabric 53), but that I’ve never had the privilege of dancing to in a club setting up until now.

Somehow, he also managed to have a lot of stage presence – not always the easiest thing to do for a DJ behind the decks. Outside of the gauche theatrics of the mainstream EDM world (I’m thinking here of gimmicks like DeadMau5’ giant mouse head or Steve Aoki’s cake-throwing shenanigans), DJs usually aren’t quite the centre of attention when they’re on stage, at least not in the same way as pop, rock or hip hop artists are – they’re really more of a conduit for the music than a “performer” in their own right, which I think is for the better (helps keep egos a little bit more in check, and focuses the attention of the crowd on what they’re listening to as opposed to what they’re seeing). That being said, I just couldn’t take my eyes off of Tzusing. Something about him – maybe the way he continuously bobbed to his own music, or the flurry of expressions that flew across his face – just seemed to command attention. His nonstop dancing in the DJ booth was something else that set him apart from other techno artists I’ve seen, many of whom stand stone still and look like they could just as easily be checking e-mails on their iPads as playing music to a crowd of hundreds. 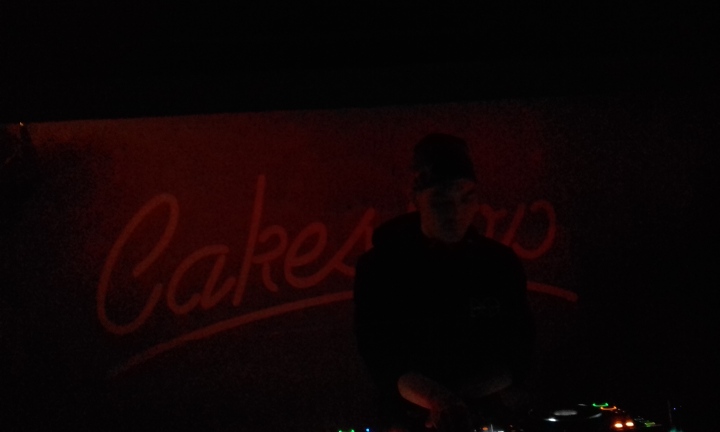 This sense of energy only grew more vivid as the set wore on and Tzusing began to break away from angular techno and into more diverse territory. He began to weave  hip hop, trap and ghetto house tunes into the mix, though the dominant sonic flavour – the “DNA” of the set, so to speak – remained that of techno. Some of the tracks he hit the dancefloor with were complete curveballs; one of the highlights of the set for me was hearing him play Estonian rapper Tommy Cash’s ridiculously sleazy “Winaloto”, followed by a brief but furious blast of hyper-distorted gabber kicks (in fact, now that I come to think of it Actress also dropped some gabber during his set at Cakeshop; is this a growing trend, techno DJs using gabber and hardcore as a way to spice things up?). It seemed as if he began to take a bit more of a laidback approach to his mixing as the night progressed as well, content to let tracks run to their conclusion before lining up the next selection or making the occasional rapid cross-fader transition between tunes rather than carefully beatmatching them. I can see why some people, techno purists in particular, might take exception to this style of DJing, though I personally don’t mind it, and I felt like in the context of the party it added to the sort of house party atmosphere that had been characterizing the night.

“House party” describes the overall atmosphere of the night pretty well, come to think of it. The club was on the empty side, for Cakeshop – even less full than it had been during Actress’ set a few weeks earlier. That was to be expected, though. It was Seollal, after all, and a lot of people had left Seoul to spend time with their families. I found myself wondering about the Koreans I saw out partying that night; how many of them were planning on heading hung-over and under-slept to their family homes the next day, to bow in front of their grandparents and make offerings to their ancestors? How many of them were loners and outcasts with no family to spend Seollal with at all, other than the family of friends and strangers they surrounded themselves with in the club? It made for interesting food for thought. Whatever the case, though, everyone in Cakeshop that night seemed extra friendly, relaxed, having a great time, with very little of the self-conscious posteuring that can be the bane of trendy nightclubs around the world in general and Korea in particular. A large part of that atmosphere, I think, came from the energy that Tzusing himself was putting out into the crowd. He was having such a visibly good time, and so evidently laid-back and in his element, that it was hard not to feel the same way. And the audience, for their part, showered him with appreciation, especially towards the last third of his set where each new track thrown down elicited a whoop, cheer or holler, and where a brief moment of silence as he faded out of one track and into another was filled with a spontaneous explosion of applause. 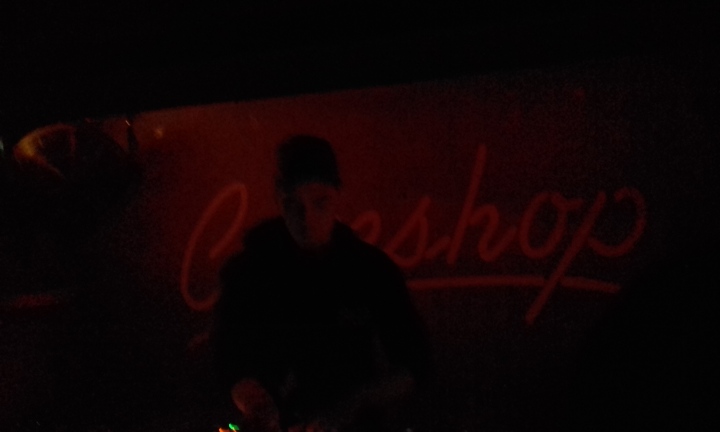 If I have one niggling regret regarding the night, it’s that I didn’t take the chance to pop upstairs to Contra for a little bit to catch the other headliner of the night – South Africa’s own afro-house adept Culoe de Song, who’d come to Seoul all the way from Johannesburg and who I’d last seen at Contra about a year ago. I really had intended to try divide my time between the two sets, wanting to show a little support for Culoe out of a vague sense of patriotism, but in the end I just couldn’t drag myself away from the basement – Tzusing was that mesmerising. I can’t say I’m too bothered, to be perfectly honest; every second of his set was worthwhile, and a week later me and my mate were still raving about how great it was. I’m hoping Tzusing makes his way Seoulward again sometime this year, because if he does I would definitely take the time to see him again.